Diamond Geezer escaped from London by plotting the shortest distance (as the crow flies) from his home to the London boundary, and then taking the shortest walking route that gets to that same point on the boundary. He identified a pub in Woodford Green as the closest point on the boundary from a nominal start location at the Bow Roundabout in east London. A great example of experimental travel.

Being an occasional spatial analyst I wondered if there was a way to do the first step – identifying the closest point to me that is outside of London – using a GIS. In so doing I identified that there are five key exit points to where a large portion of Londoners could “escape” to. Additionally, it’s a novel way of identifying the location of a north/south London line, an east/west London split, and a way of working out which home county is your closest. Most of these are obvious if you are in outer London (Zones 3+), but are not so apparent if you are an inner-city dweller. The map above shows the parts of London where The Only Way Is Essex if you are looking for the shortest route out as the crow flies. This includes, somewhat surprisingly, the northern corner of Burgess Park, on the Old Kent Road in what most people would consider south London.

It turns out it is relatively straightforward to produce such a map – however with the important simplification that it is necessary to treat the boundary as a series of points, rather than as a border “line”, to avoid the problem with huge numbers of very small areas when increasingly close to the line. I used QGIS to create the resulting map, shown above. To create the map, follow the steps at the bottom of this post.

The bit of London’s border which has the largest part of London as its go-to point, shown on the map below, is just behind The Midas Touch pub, just south of Worcester Park station. This is the closest point on the London border for a huge area, including such places as diverse as Hyde Park, Kensington and Elephant & Castle. 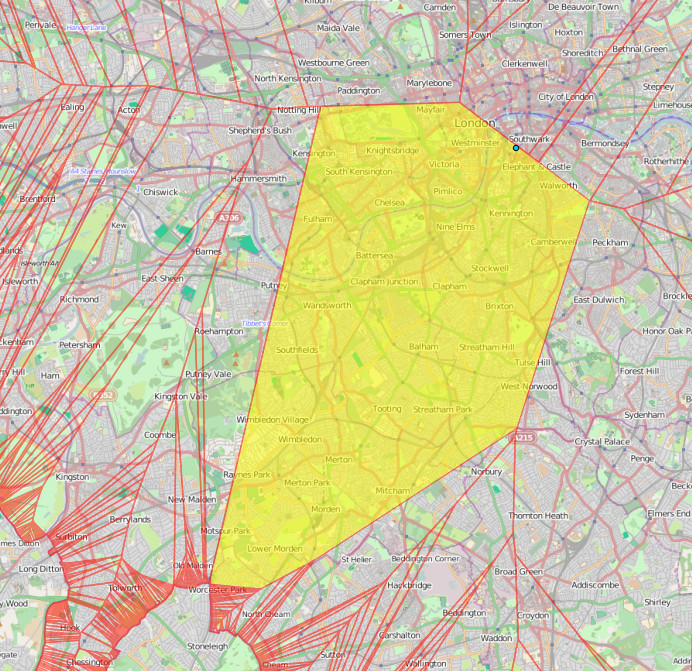 The blue dot near Waterloo in the map above, by the way, is the geographical centre, or “centroid“, of London.

So did DG head to the right place? Nearly. The exit point is on Manor Road, by Woodfood Green, just a short walk from the aforementioned Woodford Green pub: 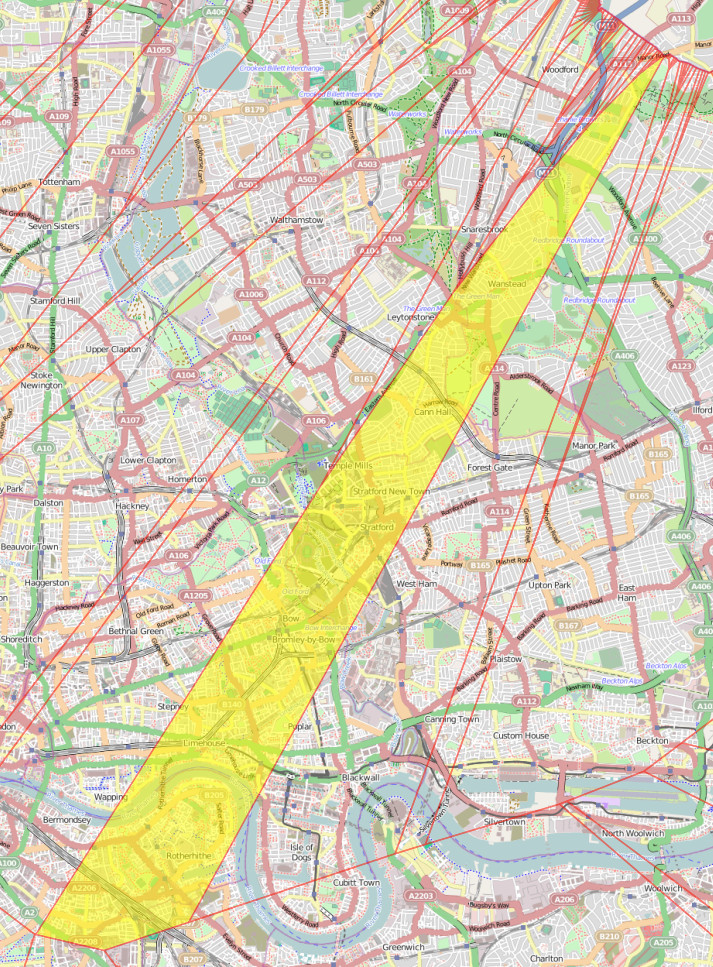 & those five exit points most useful to Londoners? The places on the edge of London that are the nearest such place for the the five largest single polygons on the map. They are:

So now you know.

Addendum: How to create the map yourself

You’ll need QGIS installed and to be familiar with how to use it to load layers, change settings etc.

Note: In many of these steps, the GIS operation requires the naming of a new Shapefile that is created, which should then be added to the list of loaded layers (aka Table of Contents) for the next operation.

One reply on “I’m a Londoner… Get Me Out of Here!”