I was at the Geographic Information Systems Research United Kingdom (GISRUK) 2014 conference last week. GISRUK is the key GIS conference for early-career academic researchers in the UK and Ireland, and is hosted by a different university in the British Isles each year. The audience are mainly UK academics, with young researchers and professors in roughly equal attendance, along with some academics from abroad, including Malaysia, Nigeria and Canada. They are definitely more geo and less tech, the conference being relatively quiet on Twitter, especially compared to conferences such as State of the Map or Wherecamp EU.

This year the conference was hosted up at Glasgow University. Being tucked into the Easter break might have meant a reduced attendance on previous years. However, there were many good talks in the two parallel streams that ran through the three days of the conference – some 50 talks altogether, plus plenaries – and some talks were very popular, with attendees just about squeezing in to the venue.

In this post (and in the second and third parts, to follow) I’ve highlighted the talks that I found the most interesting. Of course, with two streams, there were inevitably interesting sessions which overlapped, and so I may have missed some of the best of all – in a couple of cases I ended up changing room half-way though a session. I’ve paraphrased the talk titles here.

Streets vs landmarks for text-based directions for pedestrians

This talk, given by William Mackaness from Edinburgh, was on an interesting study monitoring how people get from A to B, given one of two kinds of text directions – landmark based “turn left at the Bank of Scotland branch coming up on the left” or street based “continue on George Street, turn left onto Frederick Street in 500m” and monitored, with GPS and movement sensors, how well they moved through the urban realm, with landmark based directions proving better. Of course, these are harder for automated systems as street names a more uniform and consistent storage type than landmarks.

This was probably my favourite talk of the whole conference. By the same team as the above, it was presented by Phil Bartie (St Andrews) and outlined algorithms used to detect buildings and other landmarks from photos, by looking at where people tag interesting features in set photographs, how they tag them, and then linking the tags and locations together to try and separate visually close (but distinct) features, and combine different elements of the same feature that are spatially far apart. The heatmap examples used in the talk were compelling. 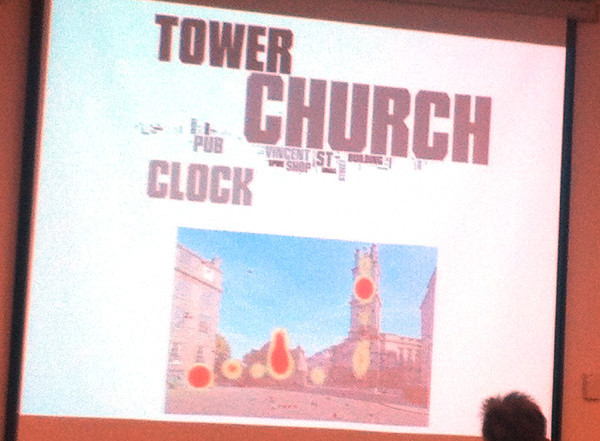 Nick Malleson’s (Leeds) talk looked at tackling the “daytime population” problem – crime statistics tend to exaggerate city centres, as these have a large daytime population but a low residential (i.e. census/official) population, which areas are typically normalised by to produce a crime rate. By looking at georeferenced social media activity as a proxy for daytime population, the city centre hotspots disappear and move into the most deprived suburbs – although these need to be controlled also by a possible lower-than-average use of social media in such areas. 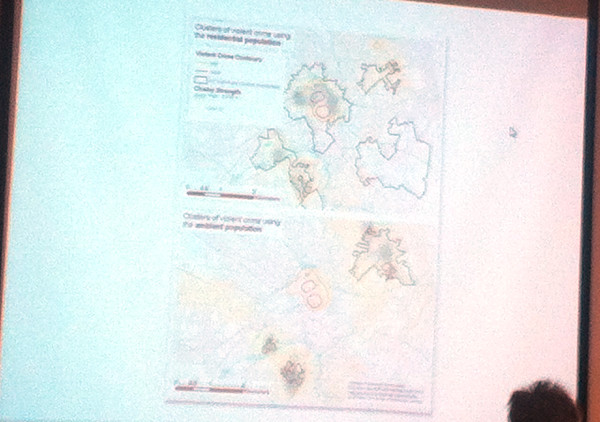 This known link was mapped out well by Paul Norman (Leeds), using some great maps of the relevant census data. The talk included a potted history of coal mines and their phased closures. The study was longitudinal – combining statistics over multiple censuses, with data on opening and closing of mines (mine opening dates often being hard to determine). 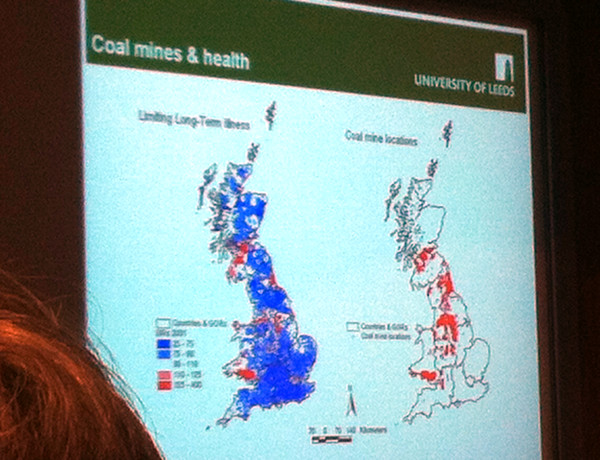 At the end of the first day of the conference, therewas a reception at the opulent City Chambers in the centre of Glasgow, where I had the novelty of being served a glass of Irn Bru (Scotland’s other national drink, and tougher to find in London) by a waiter, in a room surrounded with marble and various paintings of former council leaders! 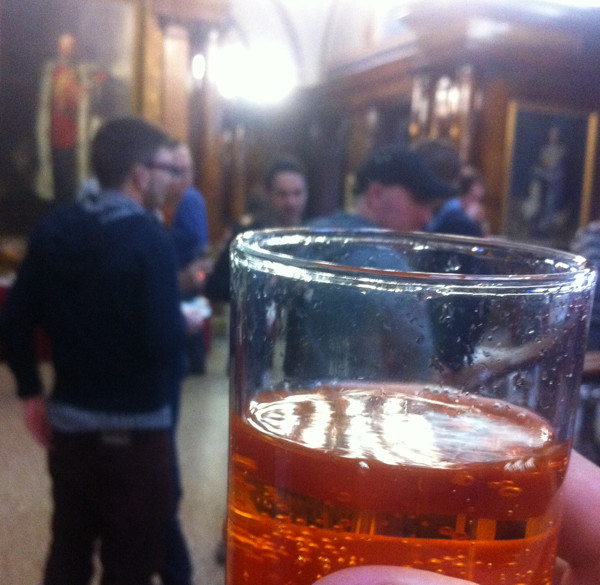 […] on from part one of my conference review, here are my favourite talks from the middle part of the […]