This is a map of geolocated Tweets for the whole world – I’ve zoomed into London here. The map was created by Eric Fischer of Mapbox, who collected the tweets over several years. The place where each tweet is posted from is shown by a green dot. There are millions and millions of tweets on the global map – in fact, over 6.3 billion. The map is zoomable and the volume of tweets means that popular locations stand out even at a high zoom level. The dots are in fact vectors, so retain their clarity when you zoom right in. The map is interactive – pan around to explore it.

If you think this looks familiar, you’d be right. Mapping London has featured this kind of social media ‘dot-density mapping’ a few times before, including with Foursquare and Flickr (also Eric’s work), as well as colouring by language. The key difference with this latest map is the sheer volume of data. By collecting data on geolocated tweets over the course of several years, globally, Eric has assembled the most comprehensive map yet. He has also taken time to ensure the map looks good at multiple zoom levels, by varying the dot size and dot density. He’s also eliminated multiple tweets that happen at the exact same location, and reduced some of the artefacts and data quality issues (e.g. straight lines of constant latitude or longitude) to produce perhaps the cleanest Twitter dot-density map yet. Zooming out makes the map appear somewhat similar to the classic night-time satellite photos of the world, with the cities glowing brightly – here, London, Paris and Madrid are prominent: 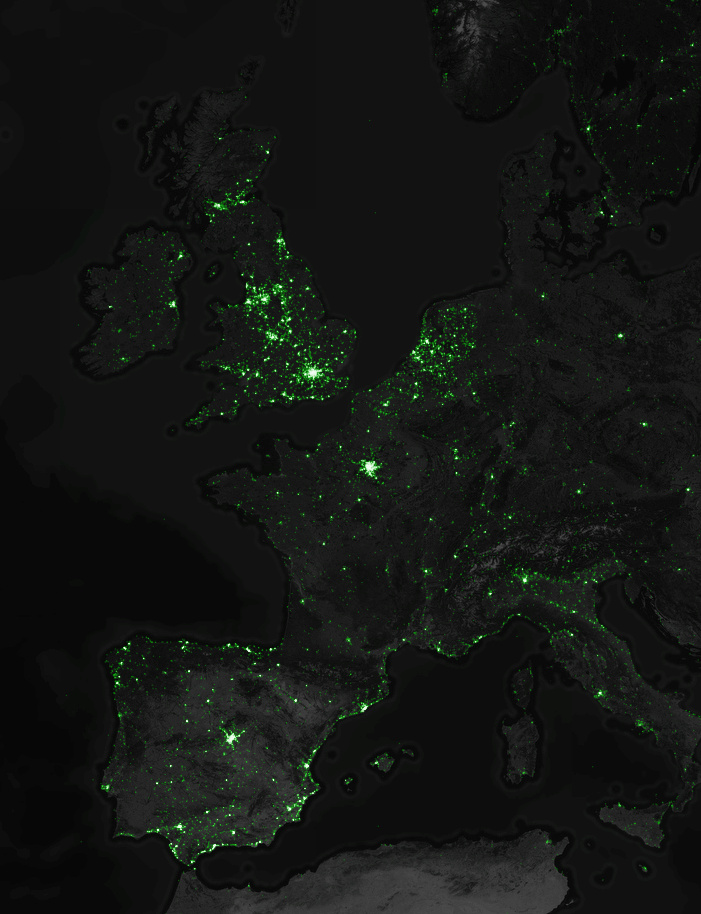 However it should still be borne in mind that while maps of tweets bear some relationship to a regular population density map at small scales, at large scales they will show a bias towards places where Twitter users (who may be more likely to be affluent and younger than the general population) live, work and socialise. The popularity of the social network also varies considerably on a country-by-country basis. Some countries will block Twitter usage altogether. And in other countries, the use of geolocated tweets is much less popular, either due to popularity of applications that do not record location by default or a greater cultural awareness of privacy issues relating to revealing your location when you tweet. 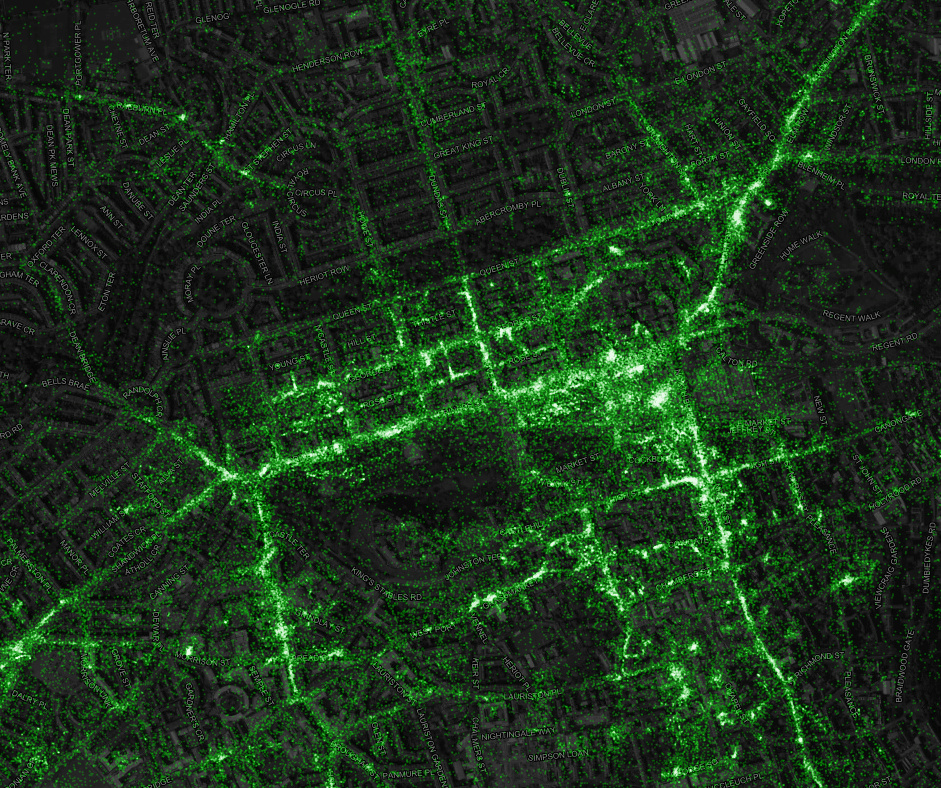 Above: Twitter activity in central Edinburgh, proving once and for all that the East End is a cooler place than the West End.

From the Mapbox blog. Found via Twitter, appropriately. Some of the background data is © OpenStreetMap contributors, and the map design and technology is © Mapbox.