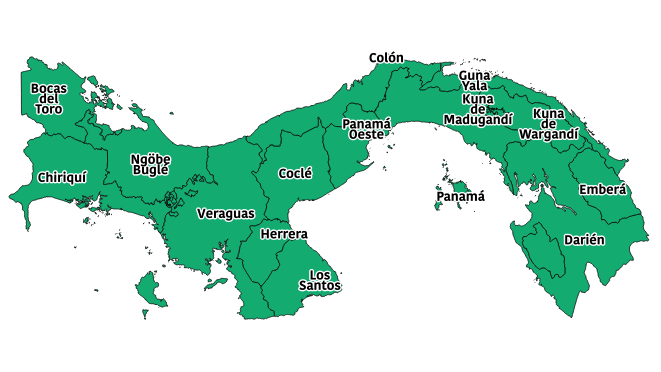 Panama is a Central American country with around 4 million population. The country is split into 10 provinces (including one that was split from another in 2014). The population is obliged to register for and obtain an ID card, or “cedula” which contains an interesting attribute. The prefix of their ID number indicates their province of birth. This not only allows the mapping and analysis of surname (and other) demographic information across the country, but also, if combined with information on current location, even allows for a rudimentary analysis of internal migration in the country.

This official document contains lots of useful information. Subsequent to this, the “Panama” province within the country has split into two, with the westernmost section becoming Panama West and gaining a new province number 13. In practice, the great majority of people living here retain the prefix 8 as the population with “13-” prefixes will be too young to have appeared on school attendance lists, jury service lists, exam candidate lists or government worker salary transparency lists. Here is the very No. 13: Ashly Ríos, getting the number 13-1-001. (People are required to obtain their number by the age of 18 but you can be registered at birth.)

For most people, born in Panama, their cedula number prefix indicates the following provinces of birth:

* These were briefly assigned No. 13, before being changed to 10.

The format of the cedula number is generally X-YYY-ZZZZ where X is the province number, YYY is the registry book number and ZZZZ is the number within the book. However, for certain groups, the prefix is different. If SB appears after the province prefix, this is an indication that the person was born in Guna Yala (formerly called San Blas), but before it became a standalone indigenous province. Other indigenous areas, some of which have not formally become provinces, were indicated by PI appearing after the prefix of the former or enclosing province, or AV if very old (born pre-1914). However, the numerical codes are now used. 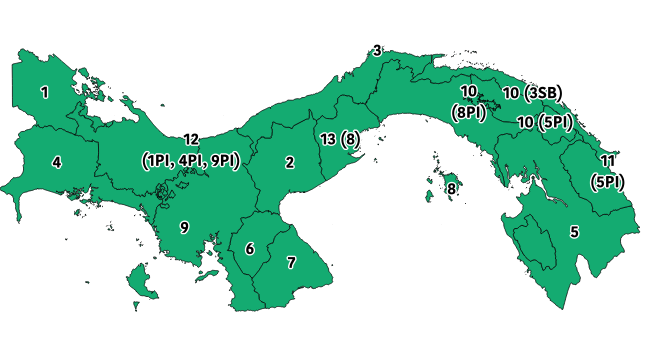 Panamanians born outside the country get “PE” as their prefix instead. Foreigners are assigned “EE” while they retain their immigrant status. If they gain permanent residence rights, they are assigned “E”, and if they become full Panamanian citizens, they are assigned “N”. PE, N, E and EE do not officially have an associated province prefix, although one is occasionally added in third-party lists, or “00”. So, these people can also be assigned a separate ID, starting with “NT” and with an associated province prefix, this is a temporary ID issued for tax purposes, rather than a full cedula number.