A final post where I highlight more of the best papers at GISRUK 2014 in Glasgow – see Part 1 and Part 2.

It was an early start on a Bank Holiday Good Friday, particularly as I was commuting from Edinburgh, but I made it in for the second half of Chris Brunsdon (NUI Maynooth)’s talk on creating a geodemographic classification for Ireland. Applying many of the same techniques used to produce the 2001 (and indeed the forthcoming 2011) OAC for the UK, but applying an Irish emphasis – where availability of septic tanks is an important census variable – using using PAM rather than K-means clustering, and ensuring a fully reproducable approach. Six “broad clusters” were identified, as shown on the colourful dendrogram here. Chris also showed maps of the classification, both for Ireland in general and Dublin in particular. 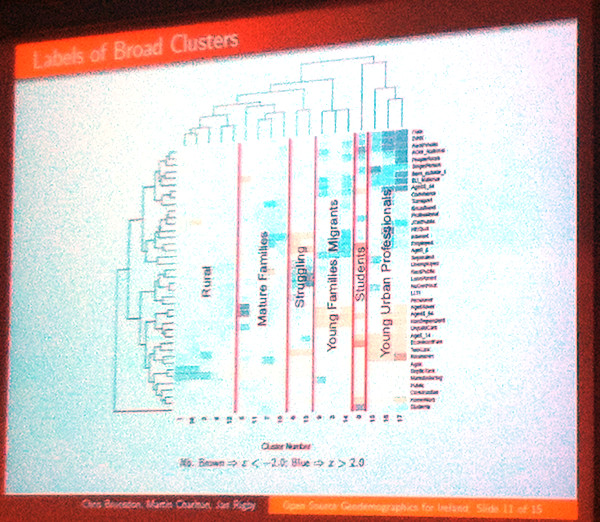 Defining London’s “real” neighbourhoods is something of a preoccupation for me at the moment, with a number of related maps on the Mapping London blog, so this was a talk of great interest to me. Paul Brindley (Nottingham). There are a wide variety of potential sources of data to define neighborhoods – social media, Flickr photograph tags, OpenStreetMap etc. Paul concentrated on postal addresses – specifically the “unnecessary” bit between the street and city, which people habitually still include. By mapping these extra pieces of information to postcodes, and also looking at their population and where their footprints overlapped, an informal geography of neighbourhoods, defined by people themselves, is revealed. The pre-press version of the paper is online. 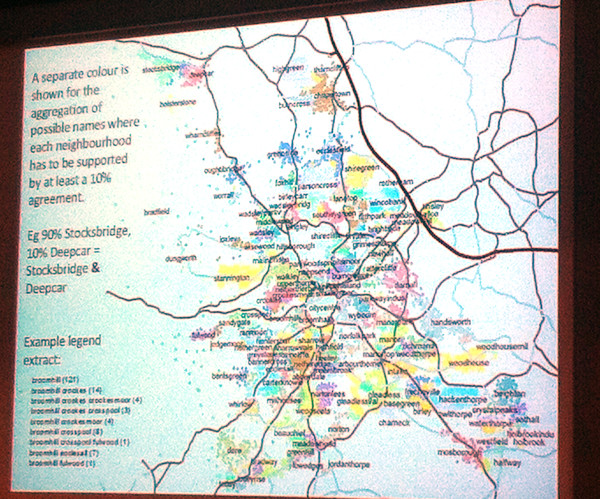 Finally, a bit of a surprise, and a talk that would have fitted in well at FOSS4G in Nottingham last year, Whitebox GAT is a GIS package focused on complex raster (e.g. LIDAR) manipulation and analysis. The open-source project looks powerful and impressive, but has a low profile, particularly as it’s not part of OSGeo, so the lead author was at the conference, and gave this talk, as part of an effort to increase its profile.

After the conference concluded, I took the opportunity of the unusual weather for Glasgow (i.e. sunny, warm) for a wander around the city, going via the University campus, the new Riverside Museum (and tall ship), the “Squinty Bridge” and Glasgow Green. 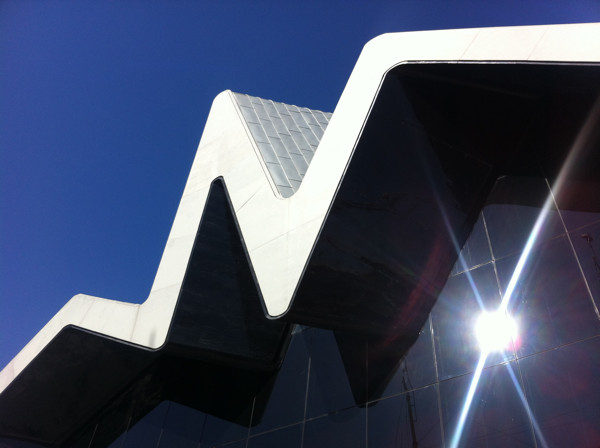 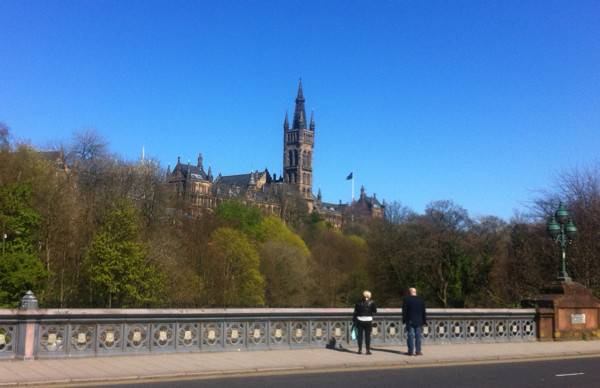 Above: View of the Glasgow University campus from Dumbarton Bridge, and the Riverside Museum building.

GISRUK 2015 will be at Leeds University.