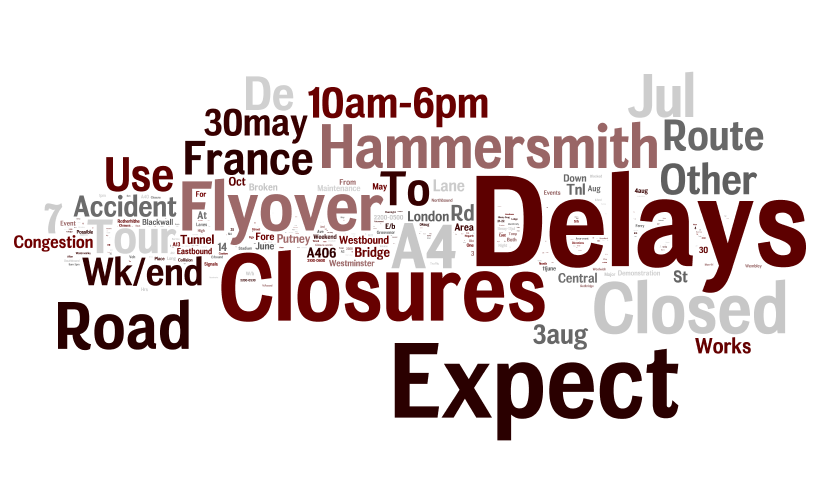 Above is a Wordle of the messages displayed on the big dot-matrix displays (aka variable message signs) that sit beside major roads in London, over the last couple of months. The larger the word, the more often it is shown on the screens.

The data comes from Transport for London via their Open Data Users platform, through CityDashboard‘s API. We now store some of the data behind CityDashboard, for London and some other cities, for future analysis into key words and numbers for urban informatics.

Below, as another Wordle, are the top words used in tweets from certain London-centric Twitter accounts – those from London-focused newspapers and media organisations, tourism organisations and key London commentators. Common English words (e.g. to, and) are removed. I’ve also removed “London”, “RT” and “amp”. 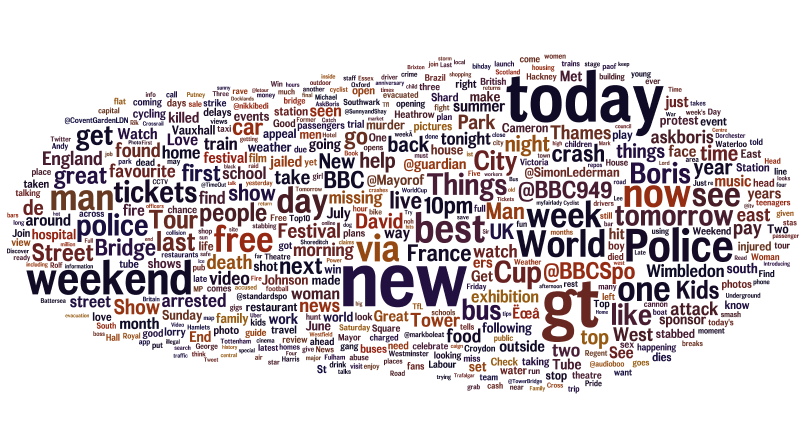 Finally, here’s the notes that OpenStreetMap editors use when they commit changes to the open, user-created map of the world, for the London area: 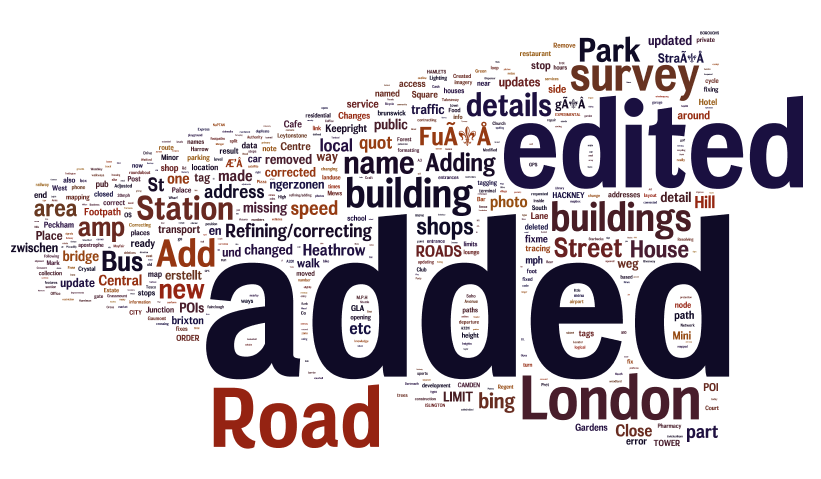 Transport and buildings remain a major focus of the voluntary work on completing and maintaining London’s map, that contributors are carrying out.

There is no significance to the colours used in the graphics above. Wordle is a quick-and-dirty way to visualise data like this, we are looking at more sophisticated, and “fairer” methods, as part of ongoing research.

This work is preparatory work for the Big Data and Urban Informatics workshop in Chicago later this summer.

Thanks to Steve and the Big Data Toolkit, which was used in the collection of the Twitter data for CityDashboard.