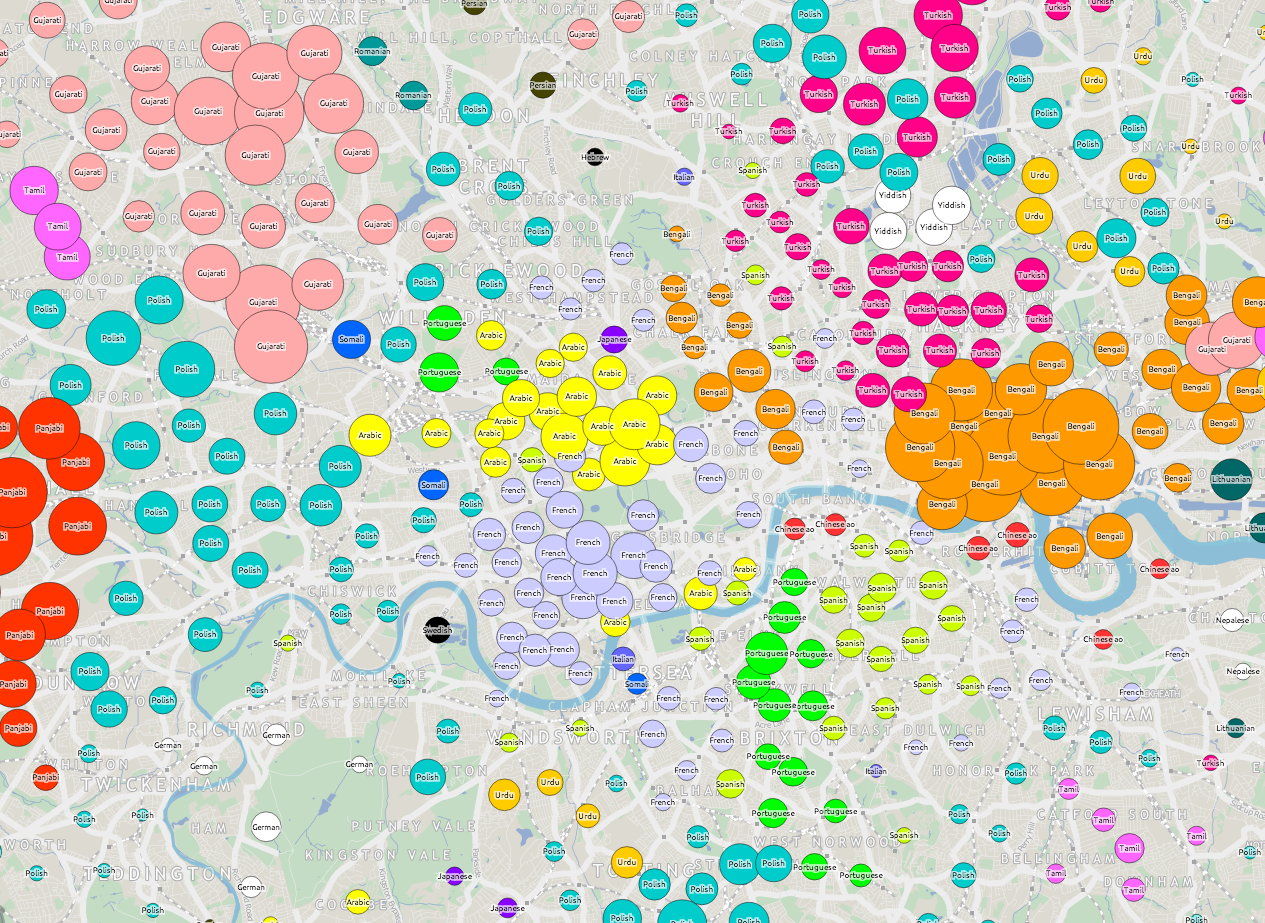 If you are a Londoner but felt that Tube Tongues passed you by, maybe because you live in south-east London or another part of the city that doesn’t have a tube station nearby, then here’s a special version of Tube Tongues for you. Like the original, it maps the most popularly spoken language after English (based on 2011 Census aggregate tables released by the ONS, via NOMIS) but instead of examining the population living near each tube station, it looks at the population of each ward in London. There are 630* of these, with a typical population of around 10000. I’ve mapped the language as a circle lying in the geographic centroid of each ward. This is a similar technique to what I used for my local election “Political Colour” maps of London.

A few new languages appear, as the “second language” (after English) in particular wards: Swedish, Albanian and Hebrew. Other languages, which were previously represented by a single tube station, become more prominent – Korean around New Malden, German-speaking people around Richmond, Nepalese speakers in Woolwich, Yiddish in the wards near Stamford Hill and Yoruba in Thamesmead. Looking at the lists of all languages spoken by >1% of people in each ward, Swahili makes it on to a list for the first time – in Loxford ward (and some others) in east London. You can see the lists as a popup, by clicking on a ward circle. As before, the area of the circles corresponds to the percentage of people speaking a language in a particular ward. The very small circles in outer south-east London don’t indicate a lack of people – rather that virtually everyone there speaks English as their primary language.

English remains the most popularly spoken language in every ward, right across London. Indeed, there are only a three wards, all in north-west London, where it doesn’t have an absolute majority (50%). London may seem very multilingual, based on a map like this, but actually it is very much still Europe’s English-speaking capital. See the graphic below, which shows the equivalent sizes the circles are for English speakers, or click the “Show/hide English” button, on the interactive map.

* I’ve ignored the tiny City of London ones except for Cripplegate, which contains the Barbican Estate. 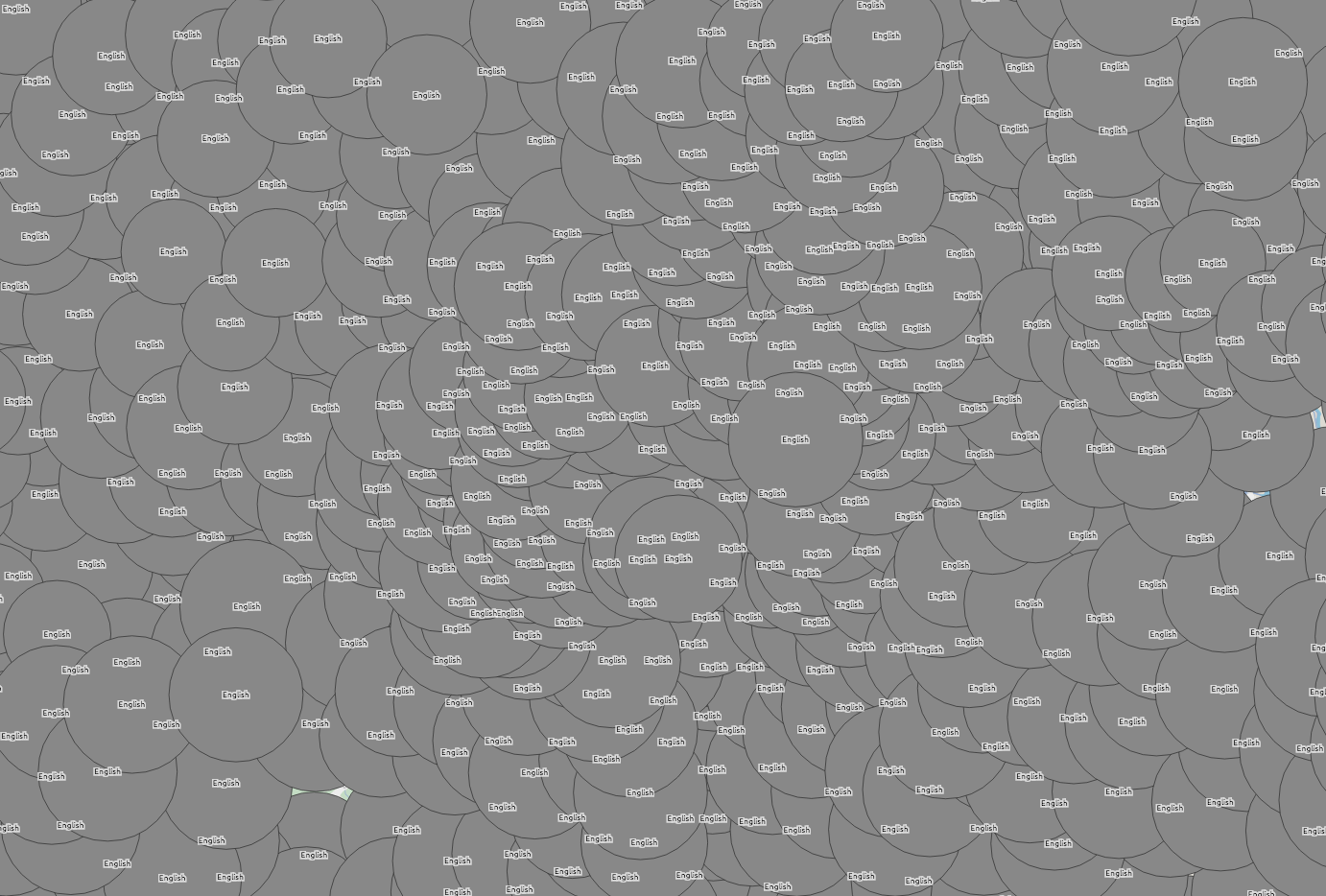