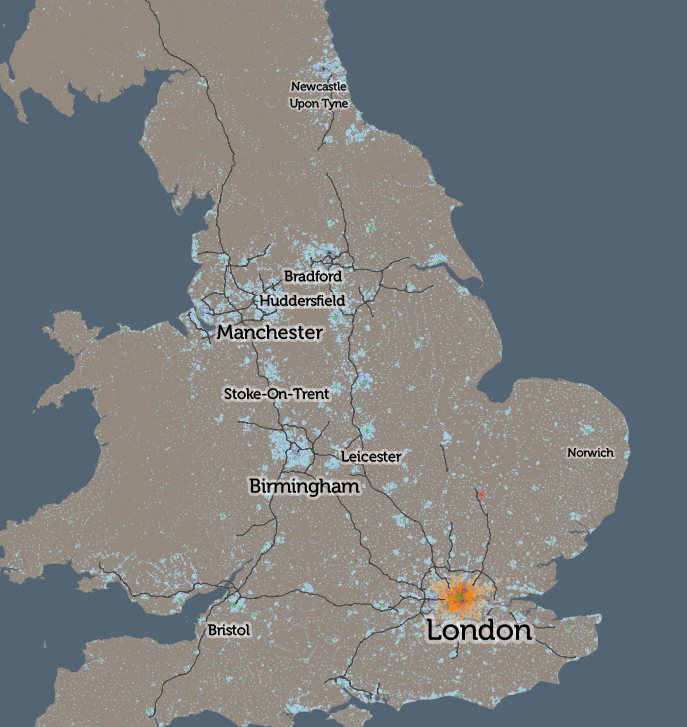 The pattern is, fairly evenly, that car use (light blue) dominates except for people living in the very centre of cities, where walking to work (green) is the most popular method. The two big exceptions are London, where rail/metro travel (orange) dominates for the inner city zone, separating the walking core and car-driving outer London ring; and Cambridge, where the cyclists (red) really are king. There are some other interesting results in small areas (e.g. walking is popular in central Leicester but not in the centre of Peterborough), but overall, the map doesn’t tell you much more.

So, I’ve considered what the map would look like if we removed cars from the calculations – what form of transport is used by the people that need to work but don’t own or otherwise have access to cars, either as a driver or passenger? How does the UK commute, without cars, right now – and what might a UK landscape look like without the great rush-hour traffic jam, if the alternatives, pro-rata, were adopted? A whimsical hypothesis – cars are always going to be essential for certain kinds of commutes in certain parts of the UK – but let’s see what happens anyway, as it will still tell us something about public transport provision, city walkability and maybe attitudes to working life in general.

Here is a map of the top carless commute method for small areas, right across Britain: 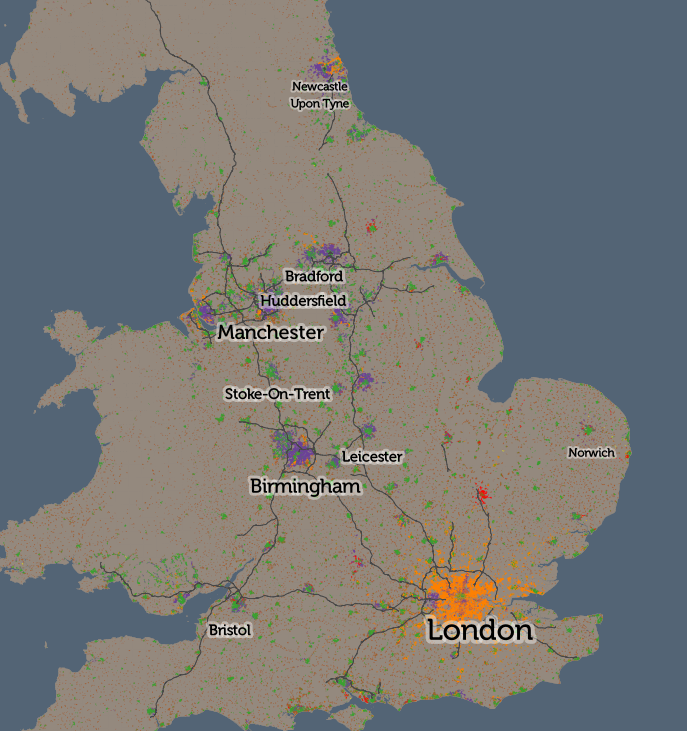 (Here is the interactive, zoomable version).

Suddenly, all sorts of interesting trends emerge. In rural areas, working from home dominates – with no public transport, and motorbikes being an uncommon form of transport in the UK, this is the only option. In towns and villages, and in city centres, walking to work dominations. Both are obvious – the interesting results appear if you zoom in: 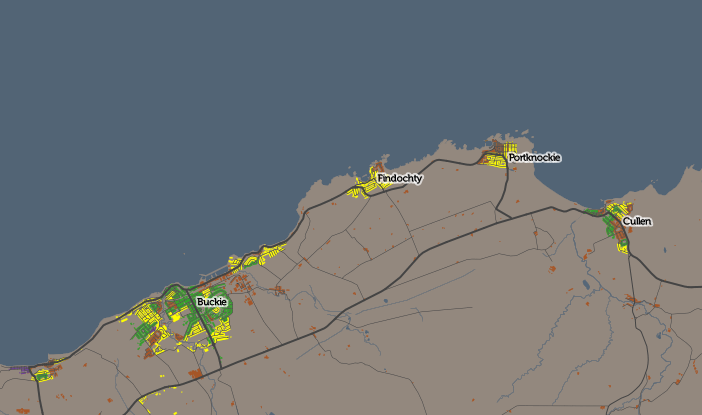 These are just a few of the spatial patterns I’ve spotted – there are I’m sure many more interesting ones. Sometimes, removing the dominant factor reveals the interesting map.

The technique of mapping only the most dominant mode of transport has a serious flaw, in that, depending on how you merge or split other transport modes, you can significantly influence which appears “top”. I have merged some modes together (driver+car passenger, train+metro+tram, and taxi+motorbike+other, e.g. boat), hopefully in a meaningful way that shows interesting results without hiding the bigger picture. Another mitigating factor is that, where a second mode of transport has nearly as much use as the first, I include its colour too, in narrow vertical banding, and highlight this in the interactive “area information” panel.

All the maps in this article use the CDRC Maps platform, created by the Consumer Data Research Centre, to map small-area consumer and other demographic data for the UK. Because I am using Census data, I am able to map for the whole of the UK (including Scotland and Northern Ireland), as, for the Census at least, the activity is coordinated across the nations, and while the outputs are arranged differently, they are sufficiently similar to combine and use together with care. The data comes from the National Statistics agencies – the ONS, NRS and NISRA, and is Crown Copyright, licensed under the Open Government Licence.

Have a look at some other CDRC datasets mapped, download the data yourself or find out more about the CDRC. 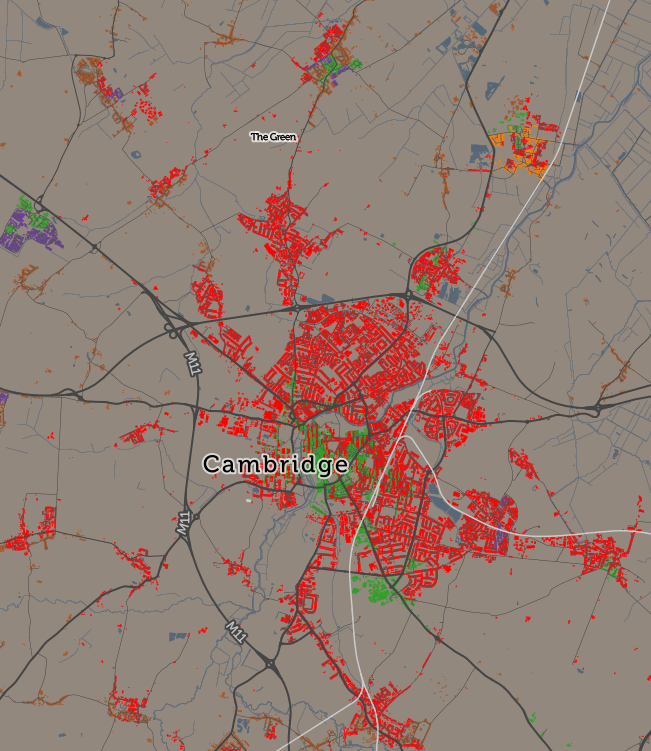 4 replies on “What if There Were No Cars?”

An interesting and whimsical hypothesis but well worth sharing and an enjoyable read. Regards, Alastair Majury

[…] on from my two maps of the small-area modal method of travel to work – one map includes cars and so is most interesting for London, and one map excludes cars and […]

Be interesting to see spatial patterns of tram use now in Manchester with the extension of the Metrolink. From this old census data, Metrolink usage appears to be proximity to station.