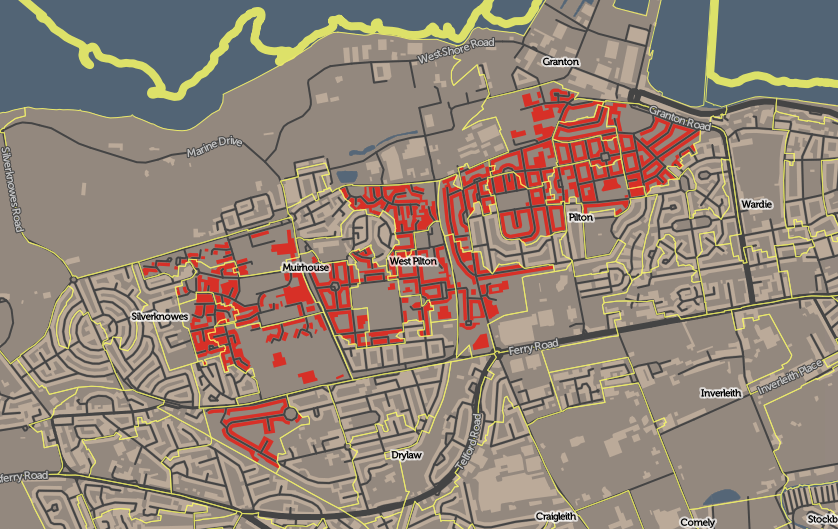 Like its English counterpart IMD, SIMD is released every few years by the Scottish government, as a dataset which scores and ranks every small statistical area in Scotland according to a number of measures. These are then combined to form an overall rank and measure of deprivation for the area. This can then be mapped to show the geographical variation and spread of deprived (and non-deprived) communities across the country. I mapped SIMD 2012 for The New Booth Map and also it appears as a layer in CDRC Maps.

Dr Cheshire and I recently were commissioned to produce a new website to showcase the older SIMD 2012, and for the release of SIMD 2016, that contained tools useful for researchers and other specialist users, such as specific area data selection and retrieval and map downloads. The base of the website was the “DataShine” mapping style used in both the above examples, where only buildings are coloured, so that urban areas can be easily seen and related. With the great majority of the Scottish population in urban areas, and vast areas of unpopulated land in the country, this style of mapping is very useful both to draw the eye to where the population is, and also present a map that is a more familiar representation of the country. As such, even though this is intended to be a “pro users” site, it is accessible and useful to the general viewer too.

The new website SIMD.scot, was launched by the Scottish Government along with the SIMD 2016 statistical release, at the end of August. It was featured on the BBC News Scotland website, as well as on the Daily Record and Scotsman newspaper websites, drawing 60,000+ visits in the first few days.

Some technical notes about SIMD.scot:

The work was carried out through UCL Consultants. Explore the SIMD 2016 map itself at SIMD.scot or see the 2012 version. 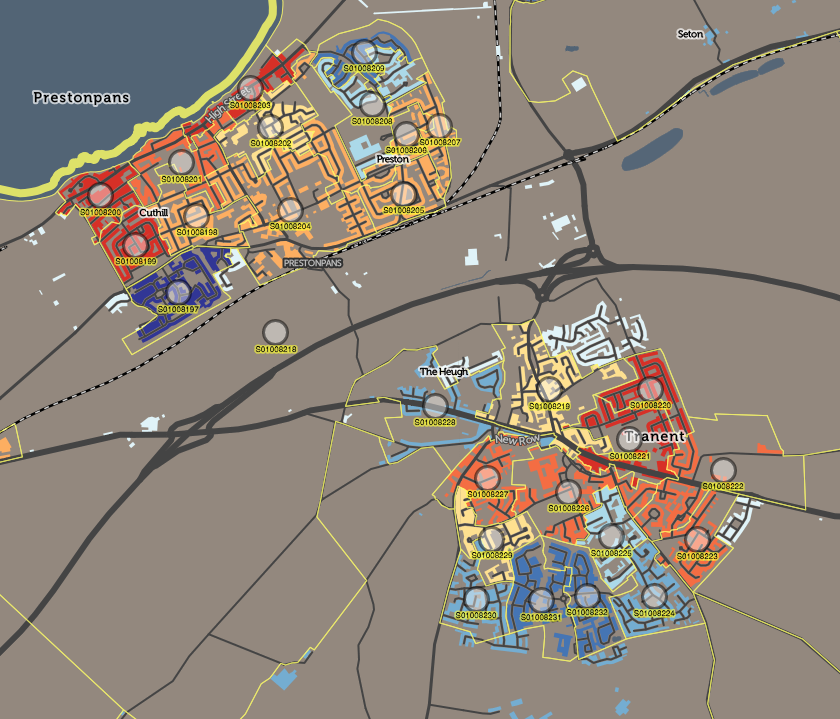