Below is a presentation that combines my talks last Thursday and Friday at the Smart Mobility forums in central Mexico City, organised by ITDP Mexico and funded by the Foreign and Commonwealth Office’s Prosperity Fund (respresented by the British Embassy in Mexico). The Thursday presentation focused on the third-party app ecosystem that exists around bikesharing in London and elsewhere, while the Friday presentation included more examples of private sector innovation using open data:

My week in Mexico City also included a visit to CIC at IPN (the computational research centre city’s main polytechnic) where I was introduced to a product building visualisations of ECO-BICI data to help create more effective strategies for redistribution. I also visited LabCDMX, a research group and ideas hub to study Mexico City that has been created by the city government, to give a couple of talks in their rooftop on visualising London transit and a summary of web mapping technologies. The organisers also squeezed in a couple of short TV interviews, including Milenio Noticias (23 minutes in). The week ended with a tour of the ECO-BICI operations, repair, management and redistribution warehouse, located centrally and a hive of activity. This included a look at their big-screen redistribution map and vehicle routing system.

Some of the companies and products I cited included CityBikes, Cycle Hire Widget, TransitScreen, ITO World, Shoothill, Waze, Strava Metro and CityMapper. I also showed some academic work from myself, James Cheshire and Steve James Gray in UCL GSAC and UCL CASA respectively, an article in The Guardian by Charles Arthur, an artwork by Keiichi Matsudaa and a book by James Cheshire and Oliver Uberti. I also mentioned WhatDoTheyKnow and heavily featured the open data from Transport for London. 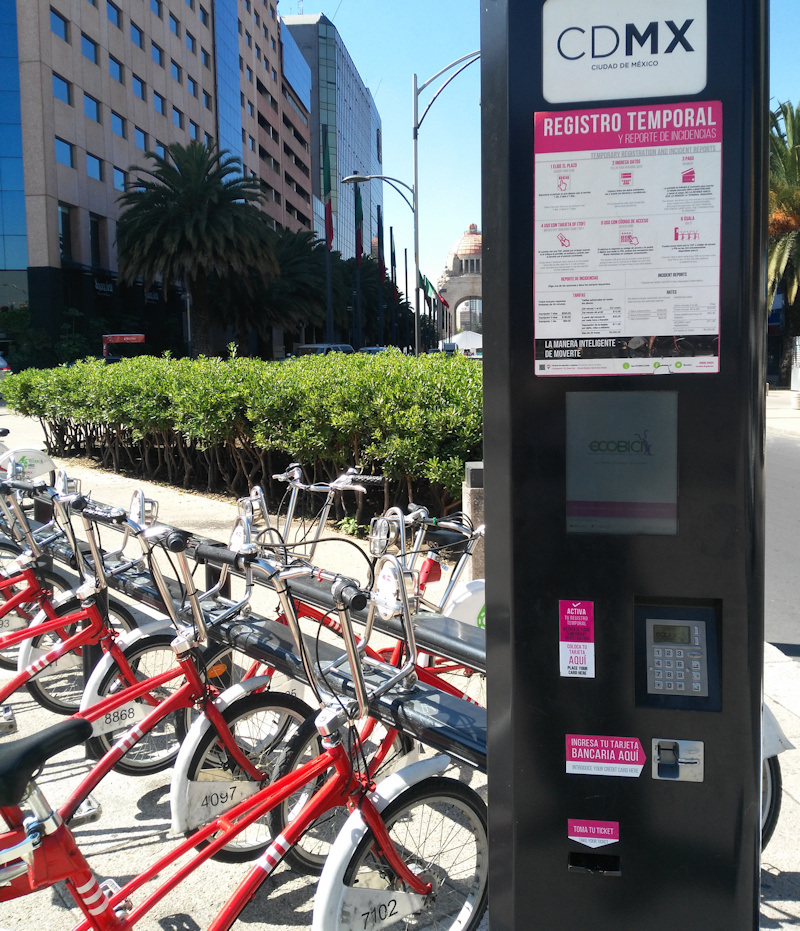