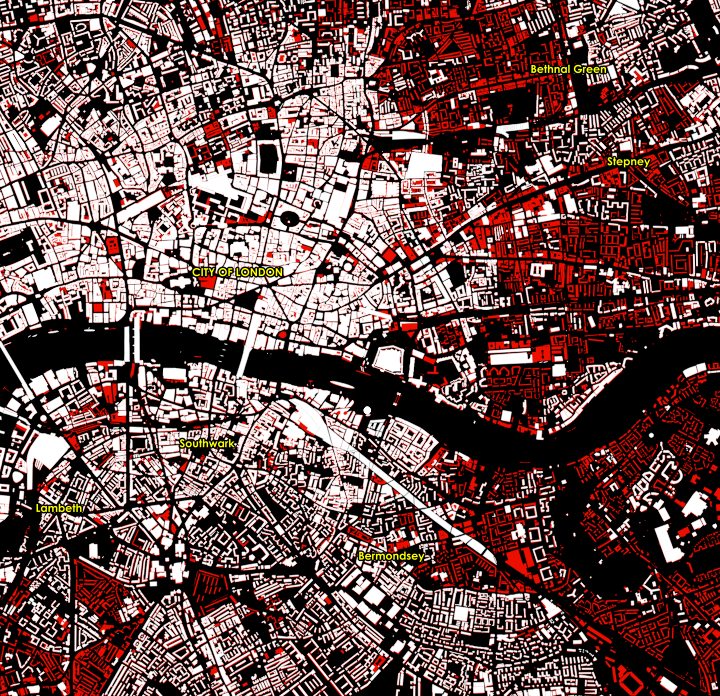 OpenStreetMap is still surprisingly incomplete when it comes to showing buildings for the London area, this is a real contrast to other places (e.g. Birmingham, New York City, Paris) when it comes to completeness of buildings, this is despite some good datasets (e.g Ordnance Survey OpenMap Local) including building outlines. It’s one reason why I used Ordnance Survey data (the Vector Map District product) rather than OpenStreetMap data for my North/South print.

The map below (click to view a larger version with readable labels and crisper detail, you may need to click it twice if your browser resizes it), and the extract above, show OpenStreetMap buildings in white, overlaid on OS OpenMap Local buildings, from the recent (March 2015) release, in red. The Greater London boundary is in blue. I’ve included the Multipolygon buildings (stored as relations in the OSM database), extracting them direct from OpenStreetMap using Overpass Turbo. The rest of the OSM buildings come via the QGIS OpenStreetMap plugin. The labels also come from OS OpenMap Local, which slightly concerningly for our National Mapping Agency, misspells Hampstead.

The spotty nature of the OSM coverage reveals individual contributions. For example, Swanley in the far south east of the map is comprehensively mapped, thanks presumably due to an enthusiastic local. West Clapham is also well mapped (it looks like a small-area bulk import here from OpenMap) but east Clapham is looking sparse. Sometimes, OpenStreetMap is better – often, the detail of the buildings that are mapped exceeds OpenMap’s. There are also a few cases where OSM correctly doesn’t map buildings which have been recently knocked down but the destruction hasn’t made it through to OpenMap yet, which typically can have a lag of a year. For example, the Heygate Estate in Elephant & Castle is now gone.

The relative lack of completeness of building data in OpenStreetMap, for London, where the project began in 2004, is – in fact – likely due to it being where the project began. London has always an active community, and it drew many of the capital’s roads and quite a few key buildings, long before most other cities were nearly as complete. As a result, when the Bing aerial imagery and official open datasets of building outlines became more recently available, mainly around 2010, there was a reluctance to use these newer tools to go over areas that had already been mapped. Bulk importing such data is a no-no if it means disturbing someone’s prior manual work, and updating and correcting an already mapped area (where the roads, at least, are drawn) is a lot less glamorous than adding in features to a blank canvas. As a result, London is only slowly gaining its buildings on OSM while other cities jumped ahead. Its size doesn’t help either – the city is a low density city and it has huge expanses of low, not particularly glamorous buildings.

An couple of OpenStreetMap indoor tracing parties might be all that’s needed to fix this and get London into shape. Then the OpenStreetMap jigsaw will look even more awesome. 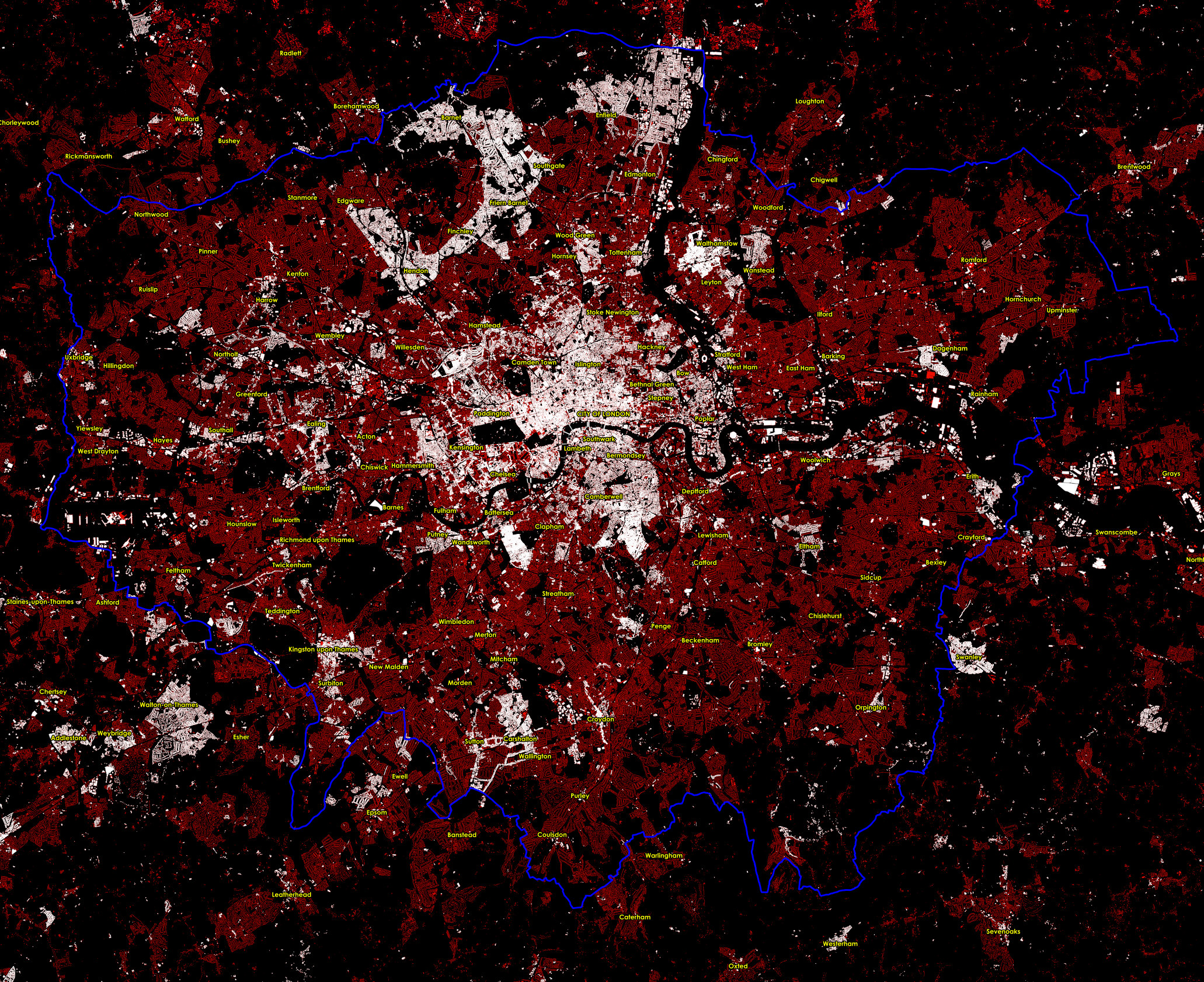